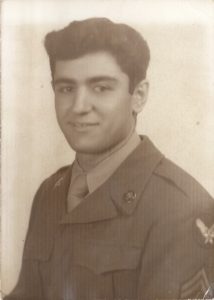 In 1947, Joe Shelala received an honorable discharge after serving in the Army Air Corps, a precursor to the United States Air Force.  Like many veterans of his generation, Joe used the skills from his training to create a successful career for himself.

An airman at heart, Joe naturally gravitated towards the nascent commercial aviation industry; however, the abundance of military-trained pilots following World War II limited his opportunities.  With a wife and plans to start a family, he needed to quickly devise a way to earn a living.

Joe started a business supporting the transport of surplus military aircraft.  He arranged for aircraft to arrive at a repurposed storefront in the Cobble Hill section of Brooklyn.  There, he removed the wings and propeller, crating the aircraft for shipment.  Joe was in fact the first civilian to ship an entire aircraft via airfreight.  His first major contract was with NATO, for whom Joe shipped a full fleet of Piper aircraft to train US allies in Europe.  Thus, at the dawn of the Jet Age and in the spirit of American innovation, Compass Forwarding was born. 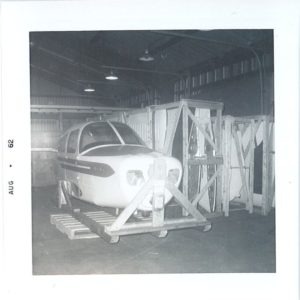 Three generations later, Joe Shelala’s one-man company is still family owned and operated. Success over the years forced Joe and his team to move to a new 25,000 square foot facility near John F. Kennedy International Airport in Queens, NY.  Today, Compass Forwarding, and its subsidiary, Falcon Maritime and Aviation, operate around the globe.

While Joe is no longer with us, Compass Forwarding has remained true to its roots as a major player in military and aerospace logistics.  The company has continued to expand over the years to accommodate a wide variety of other specialty services, always with the spirit of creativity and imagination of our founder.